PRESSURE of war almost strangled League football in 1916. The game reached the lowest point in its fortunes, with only four clubs left to play in a five months’ season.

Attendances fell by more than 60 per cent. The old wild enthusiasm waned to a flicker, and many claimed football should not be played. Over the four war years the game took some heavy blows. Some clubs had to disband for two or three seasons, University Club closed down in 1915 because of the war and did not reappear again in League football. This side had played 126 games in seven seasons, and had won only 27 of them. It did, however, produce several top-line players.

In 1915 nine clubs were left in the competition, and the season actually began on the first Anzac Day. From week to week enlistments made many gaps in the ranks of the nine League clubs. Great players like Joe Slater, George Challis, Bruce Sloss, Paddy Rohan, Joe Pearce, Stanley Martin, Jack Cooper, and others left and did not return.

There were new faces and very young faces in all teams. Junior players had to be brought in to fill vacancies. But by the next wartime season many of these had also answered the call for more men.

Highlights of the season were two Homeric clashes between Carlton and Collingwood. The Blues won both of them, 11-9 to 10-13 at Carlton, and 9-9 to 9-8 at Victoria Park. 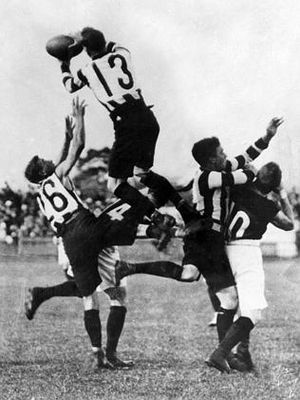 Star Magpie forward Dick Lee, in the first of those games, kicked nine goals out of 10. A photograph of one of his soaring marks that day has become one of the really historic football pictures.

Sixteen rounds were played, and Carlton, a powerful side led by Alf Baud, won 13, drew 1, and lost 2. Collingwood headed the list with 14 wins. Their only defeats in the first round were inflicted by the Blues.

Carlton defeated a strong and fast Melbourne side in the first semi-final by 11-12 to 10-7. Then they downed Fitzroy in the preliminary final with 6-18 to 5-8. In their third clash with Collingwood for the season, in the grand final, the Blues took the flag by 11-12 to 6-9 in a great finish. 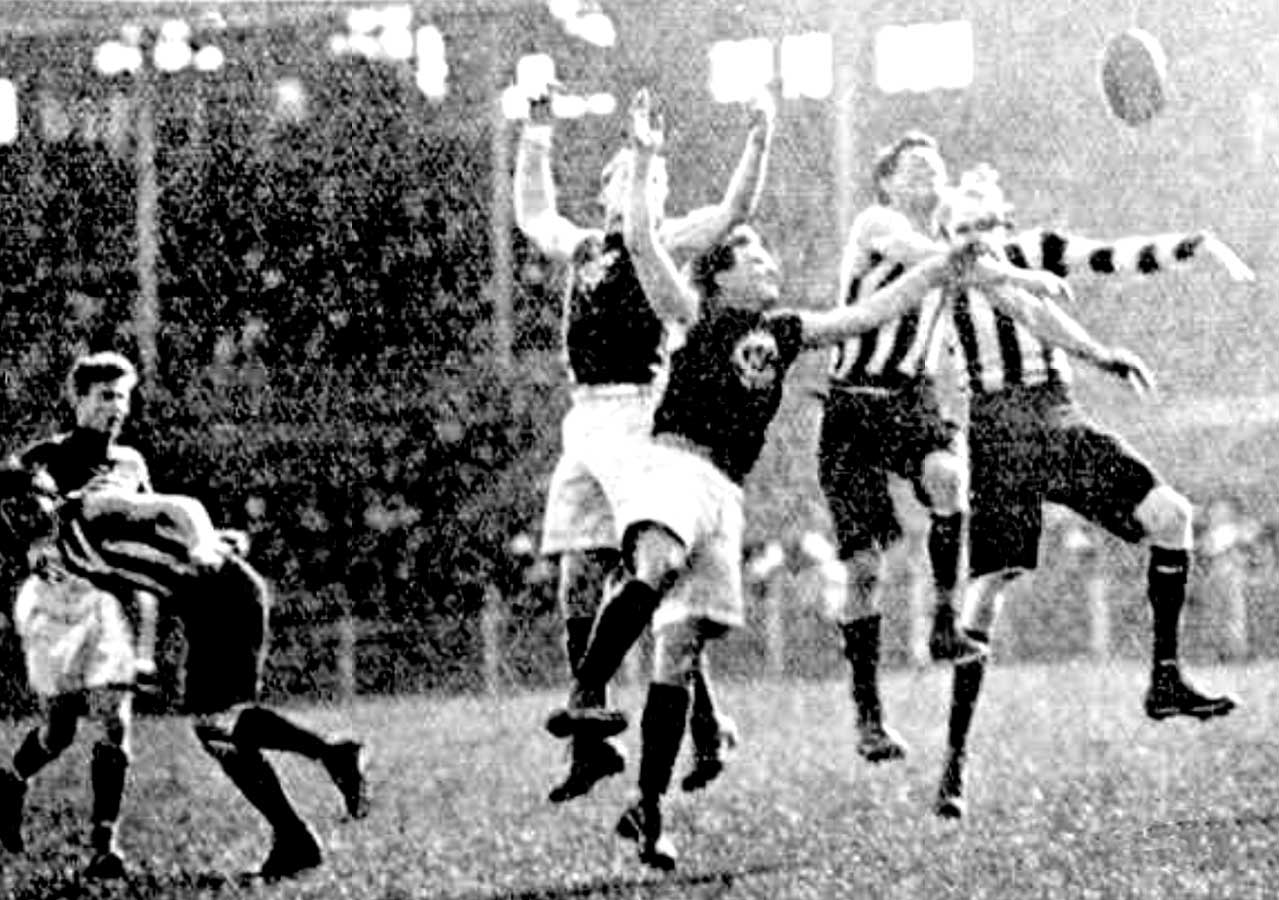 [Note: In 1915, St Kilda changed its colours to red, yellow and black, to avoid playing in the colours of the German Empire’s flag during a war against that country; in honour of allied power Belgium, they played in it’s flag colours for the remainder of the First World War. In 1923 the club returned to using the club’s original colours of red, white and black]. 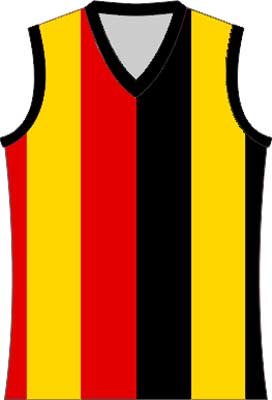 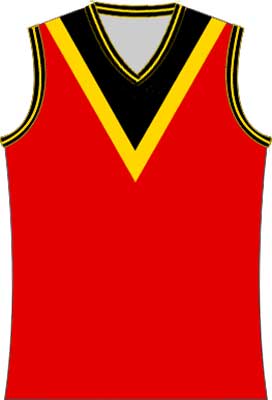 It was a depressing and farcical season in 1916. Geelong, Melbourne, South Melbourne, Essendon and St. Kilda dropped out, leaving only Carlton, Collingwood, Fitzroy, and Richmond in the League.

All permit requirements were waived. No one protested if a player from one of the disbanded clubs appeared in the teams of clubs that carried on. For the most part, players received only out of pocket expenses.

Gates declined still further because the final four was already decided be-fore the season began. All four clubs played each other four times. Carlton with 10 wins in 12 games headed the list, with Collingwood 6 wins, second; and Richmond, 5 wins, third. Fitzroy won only two matches out of 10, but beat Collingwood by six points – 9-9 to 8-9 in the first semi-final.

So it was that for the first and last time in the League a team which had won only two games up to the finals took the premiership. Grand final attendance declined from 39.000 in 1915, to 20,000, the lowest since 1900. 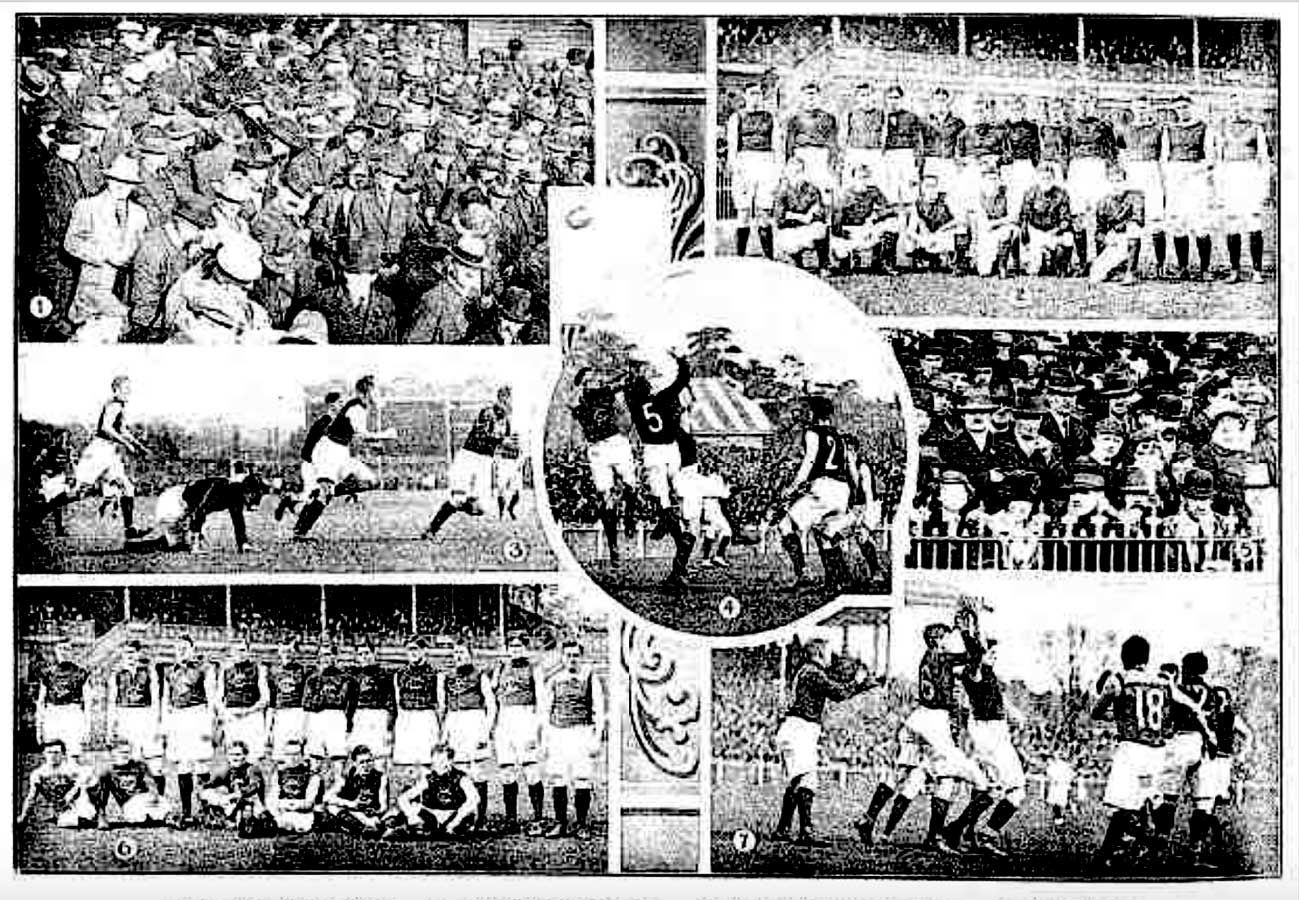 Geelong and South Melbourne fielded teams in 1917, and six clubs played 15 rounds. Collingwood topped the list with 12 wins, but lost the final to Fitzroy by six points. In the grand final the Magpies outplayed Fitzroy before 28,000 people. They won the pennant by 9-20 to 5-9. 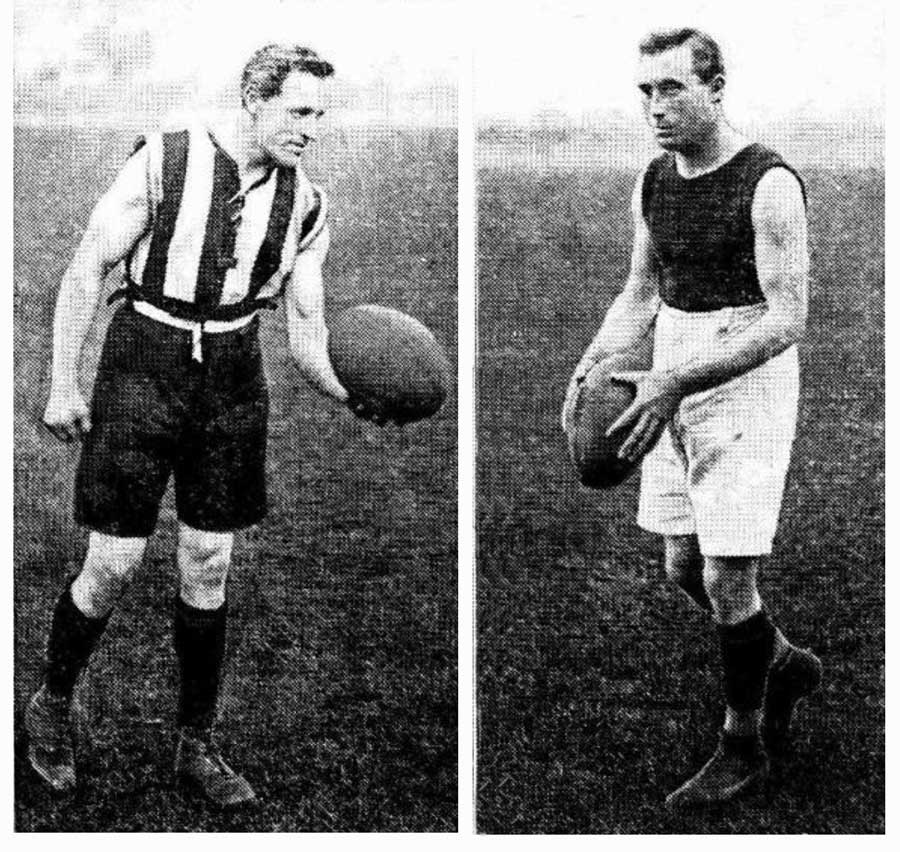 Essendon and St. Kilda resumed in 1918, leaving Melbourne and University the only absentees from the 10 prewar teams.

South Melbourne, led by Vic. Belcher, had a remarkable season. It lost only one match, to St. Kilda by five points and equalled the record set by Carlton in 1908.

By the time the finals came round the war position was favorable. The last great Allied offensive was cracking the German armies in France, and this was reflected in the grand final attendance of 39,168. 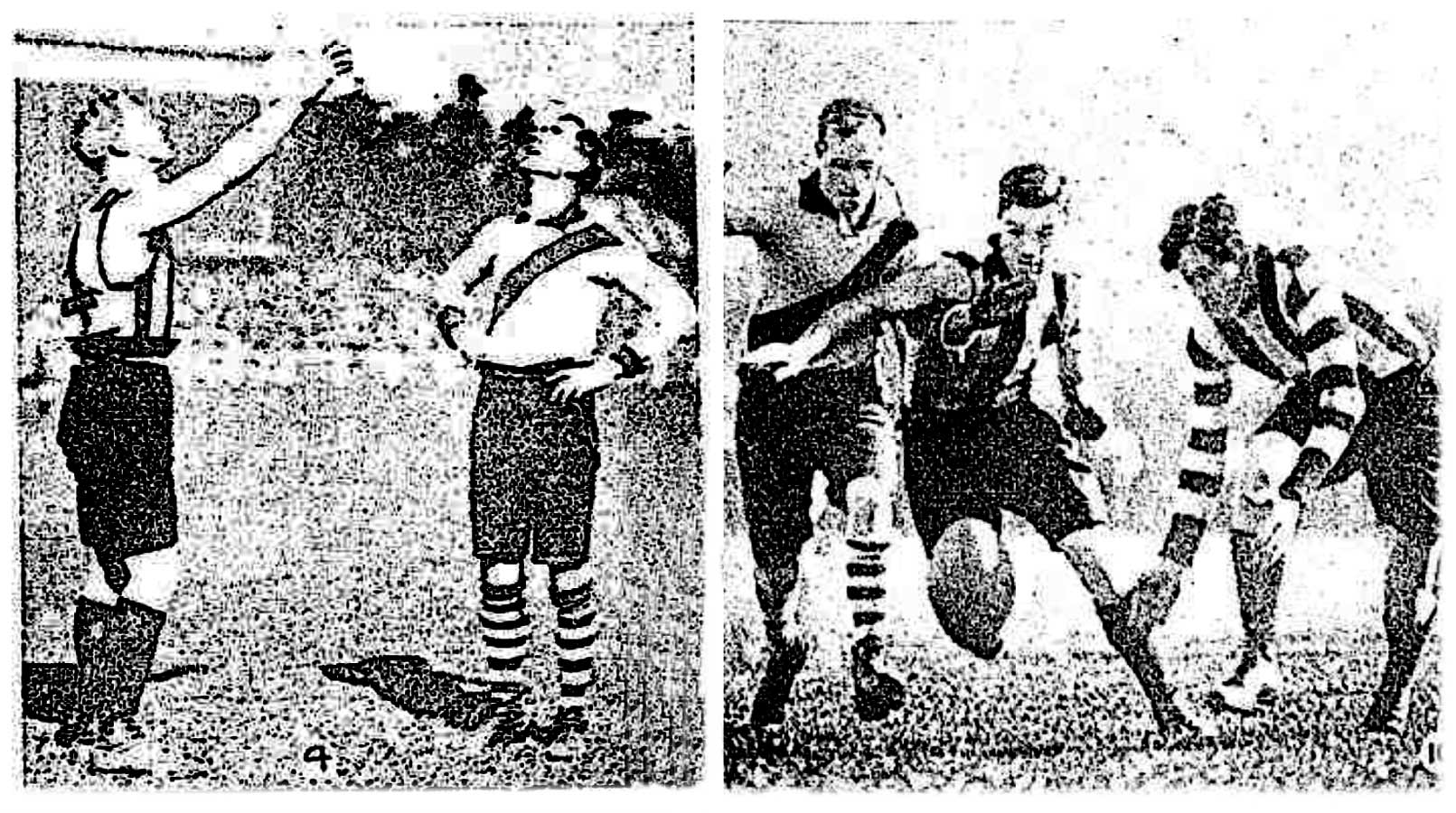 South defeated Collingwood narrowly for the premiership, winning by 9-8 to 7-15