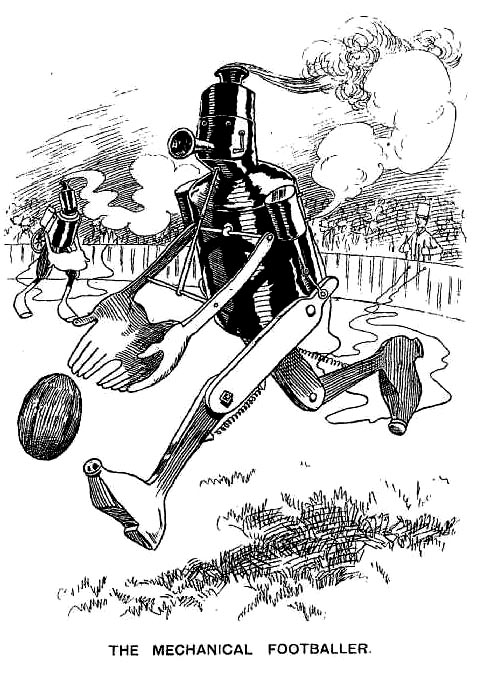 Some time ago the English papers announced the invention of a “mechanical bowler.” We pursue the idea still farther. Why not have mechanical football players, managed from the reserve, as torpedoes are from shore? They wouldn’t use bad language or “plug” the umpire. Let some of you brilliant young inventors carry this idea out (and bury it— Ed. P.) 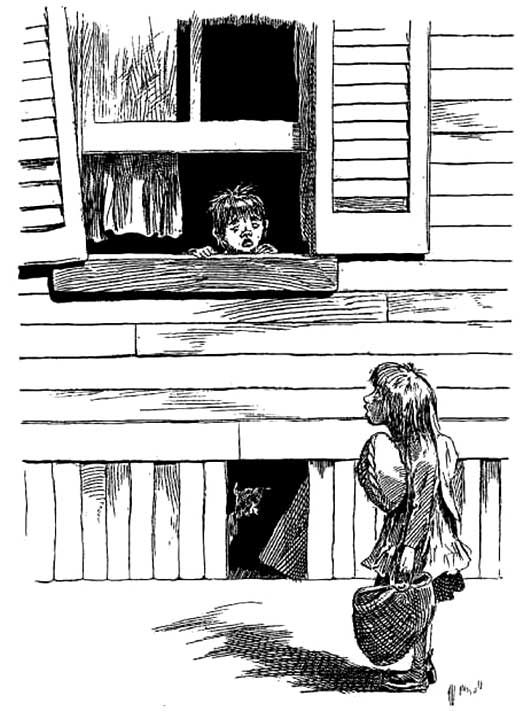 She:  “’Ullo Ginger, ain’t you playing with the team to-day?”

He:  “No: Dad’s keepin’ me in. I wouldn’t care only we’re playing the Gasworks Imperial second twenty this afternoon, and our fellas’ll miss me in the ruck.”