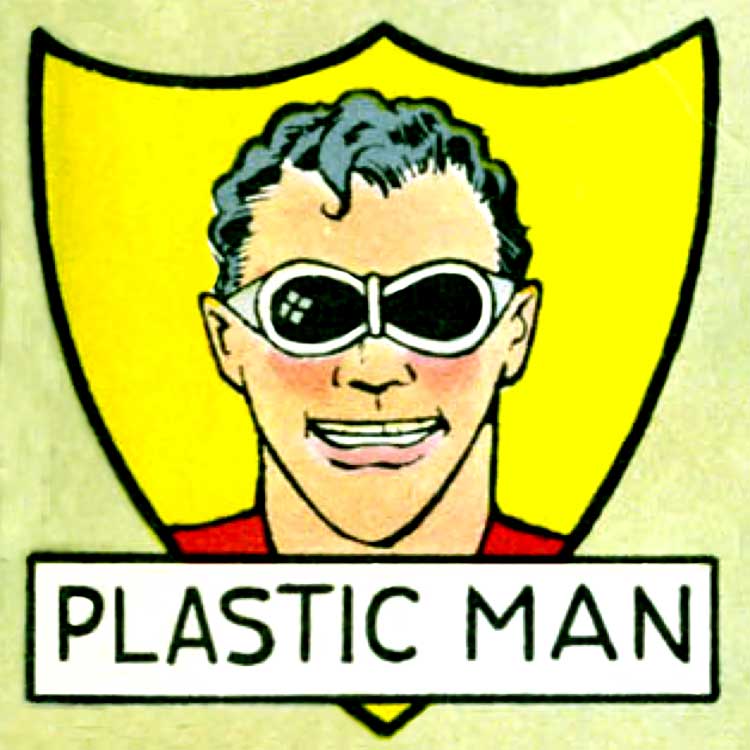 Plastic Man starts life as ‘The Eel” (Ed O’Brian): the ‘toughest gangster afoot’. While escaping from a heist, Ed gets a bucket of acid tipped on him and his gang leave him for dead. He is saved by a monk who helps him recuperate at ‘Rest Haven’ because…

something told me that here is a man who could become a valuable citizen, if only he had the chance 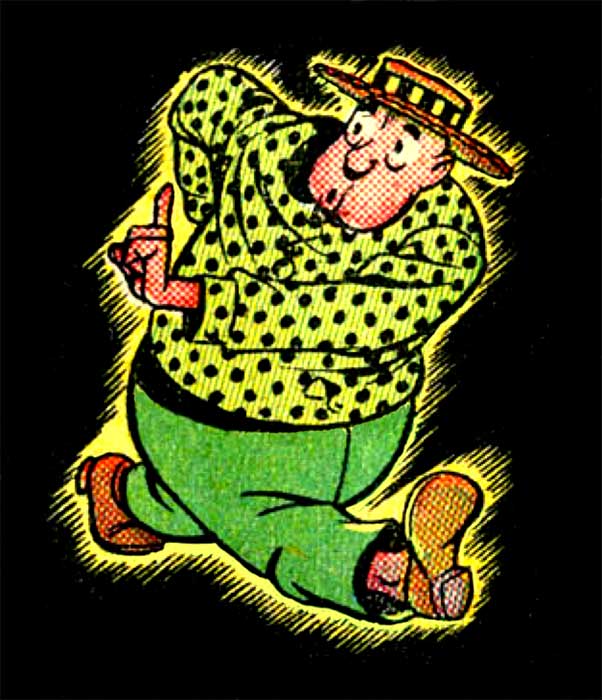 But the acid has somehow worked its way into Ed’s bloodstream and he now has the weird and wonderful ability to stretch ‘like a rubber band’ and ‘pull myself all out of shape’. He decides to turn his life around and make up for all the evil he’s done – eventually joining the Police Force, then CIA and FBI. He pals up with another former crook Woozy Winks, who (initially) is under a spell whereby he cannot be harmed in any way.

Plastic’s modus operandi is to transform into ‘The Eel’ whenever he needs to get intelligence from bad guys, then turns back into Plas to get them arrested and hauled off to the slammer.

Here’s some excerpts from Issue #1 … 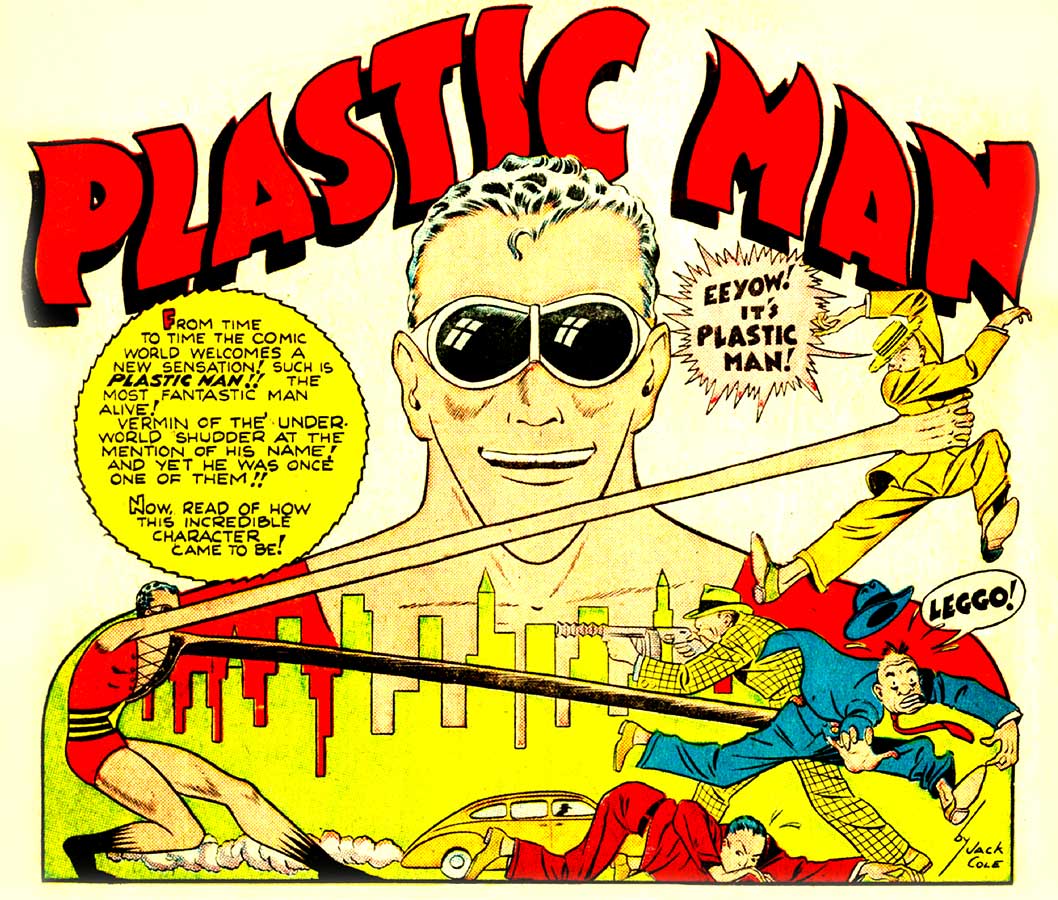 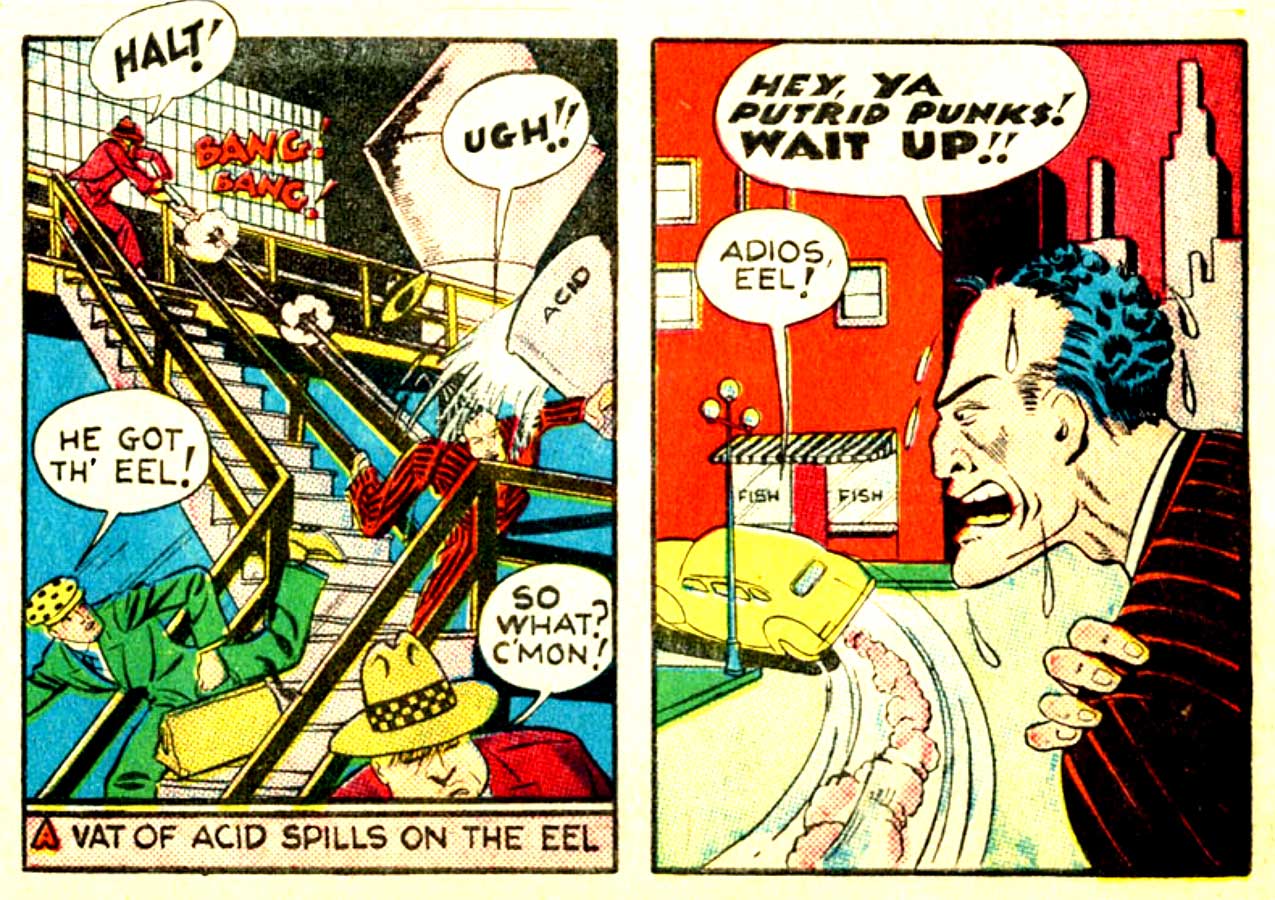 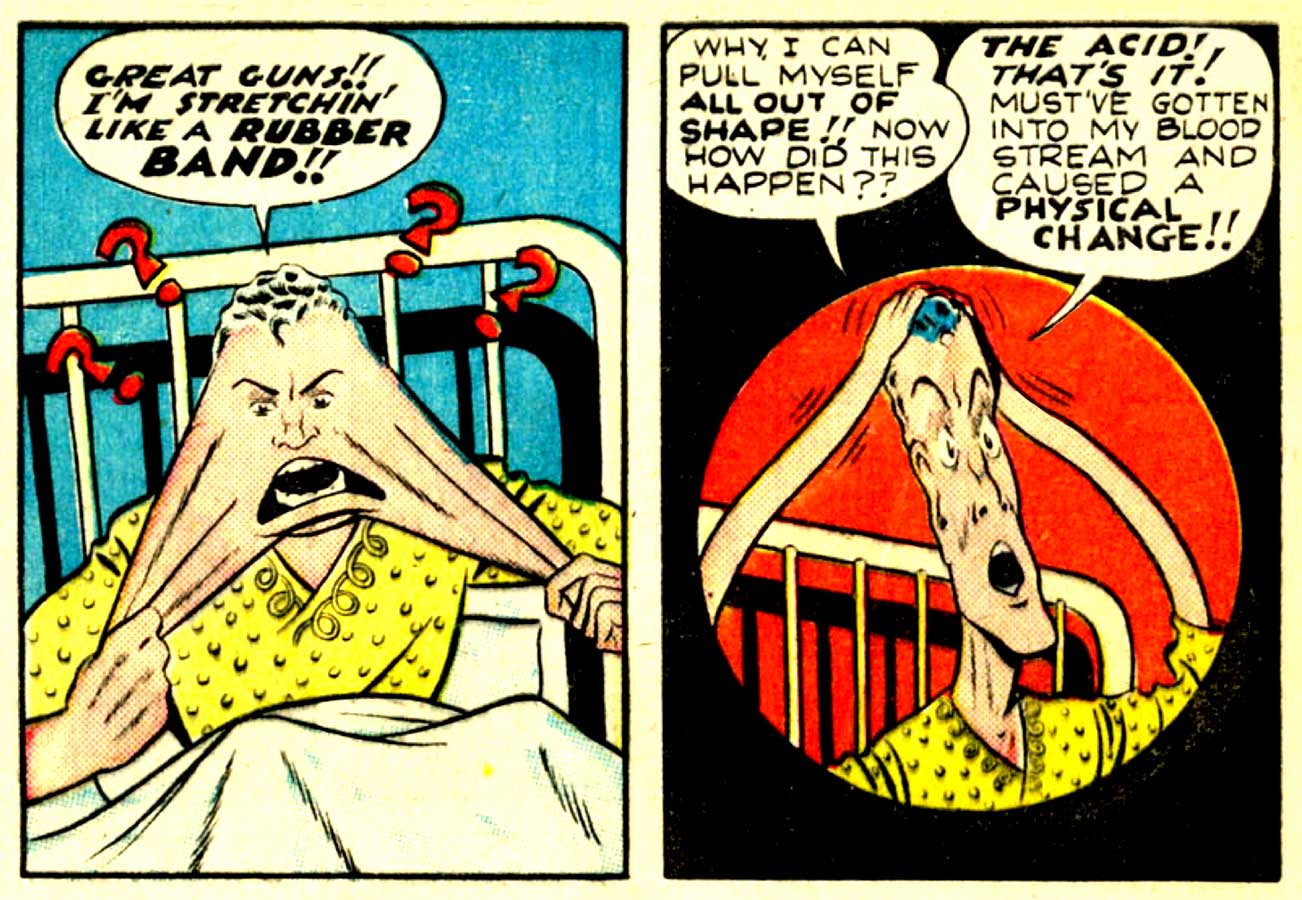 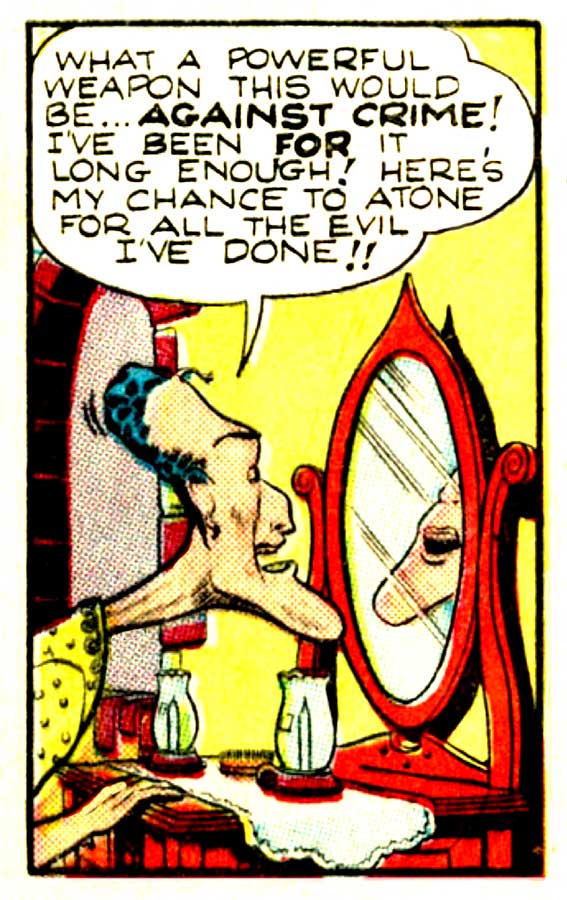 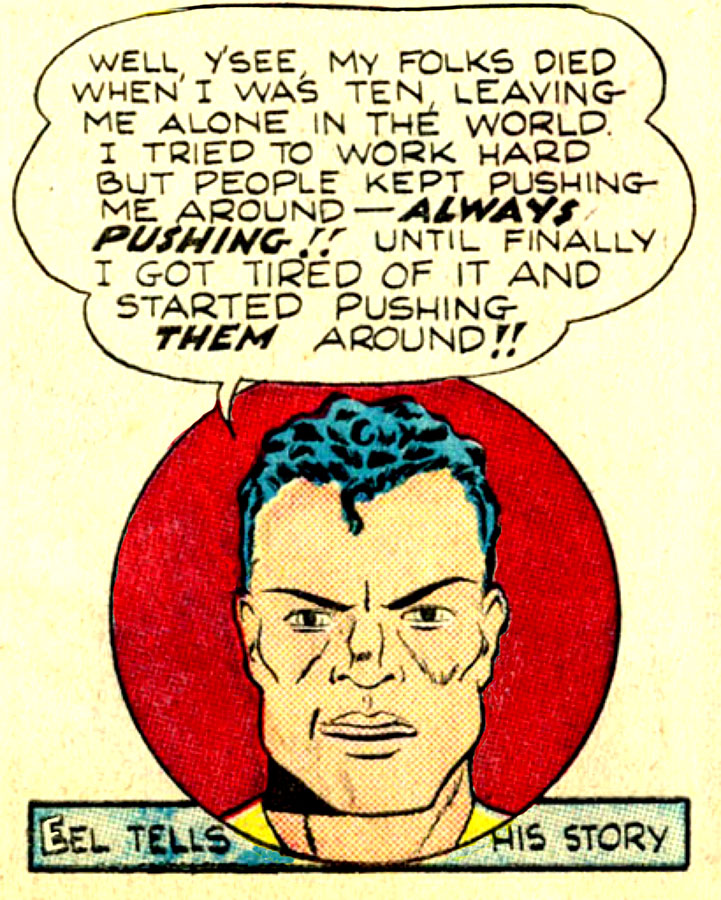 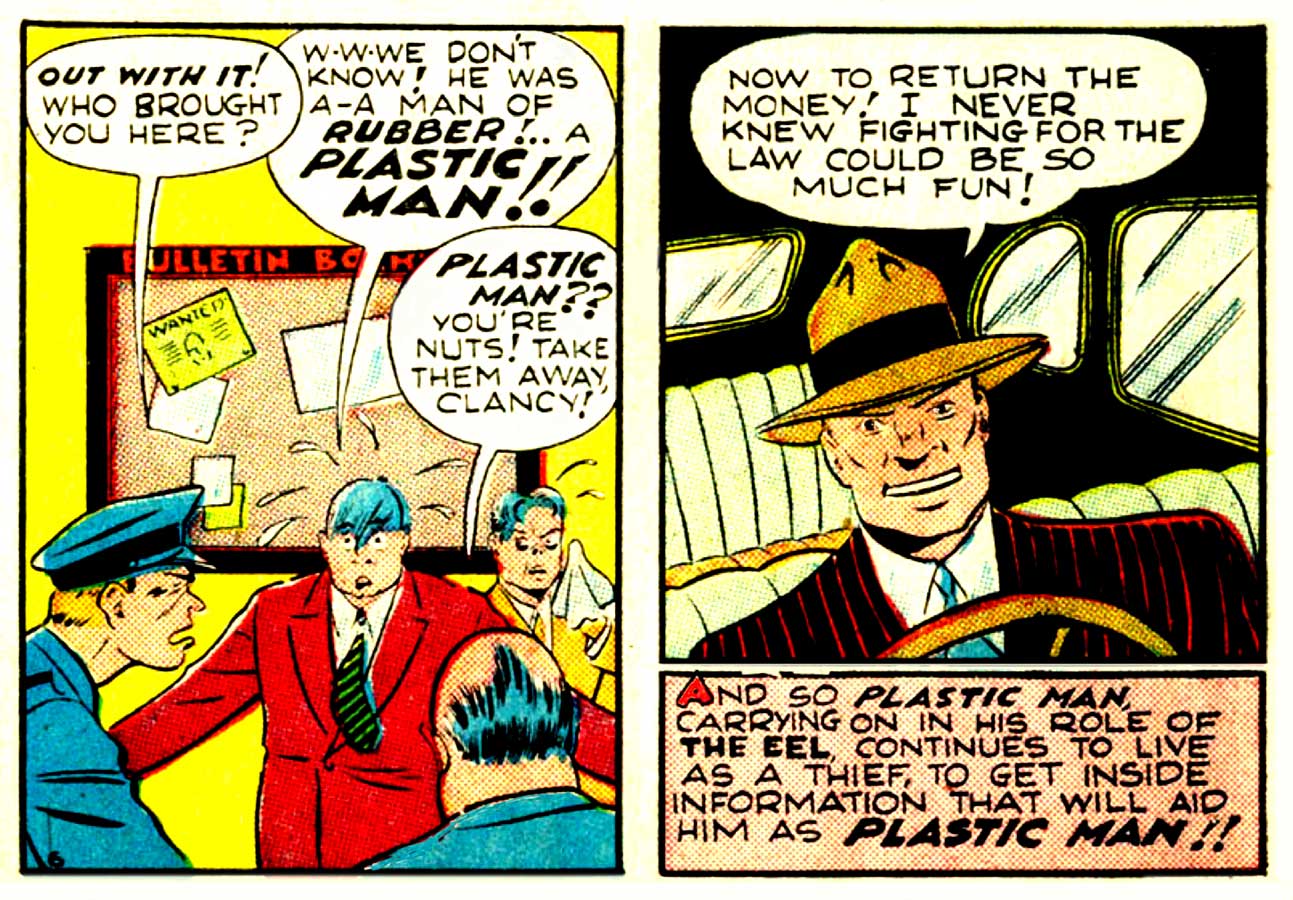 In Issue #20 Cole uses the unusual ploy of writing himself into the plot, revealing his true date and place of birth, his stutter and wife’s accolades about his cartooning ….. 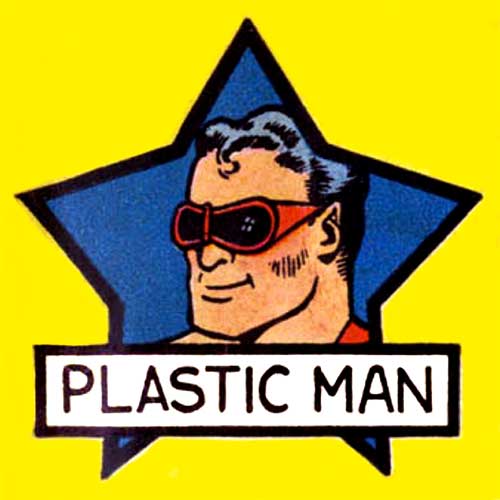 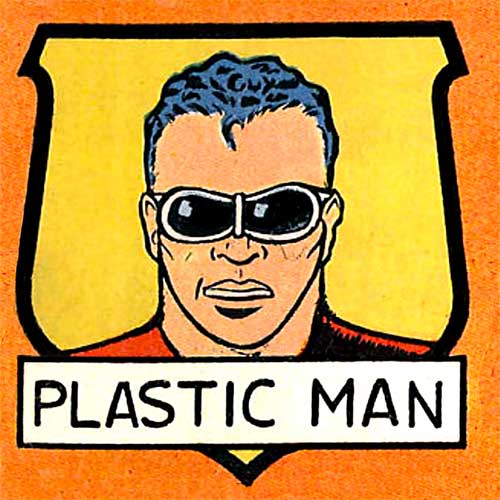