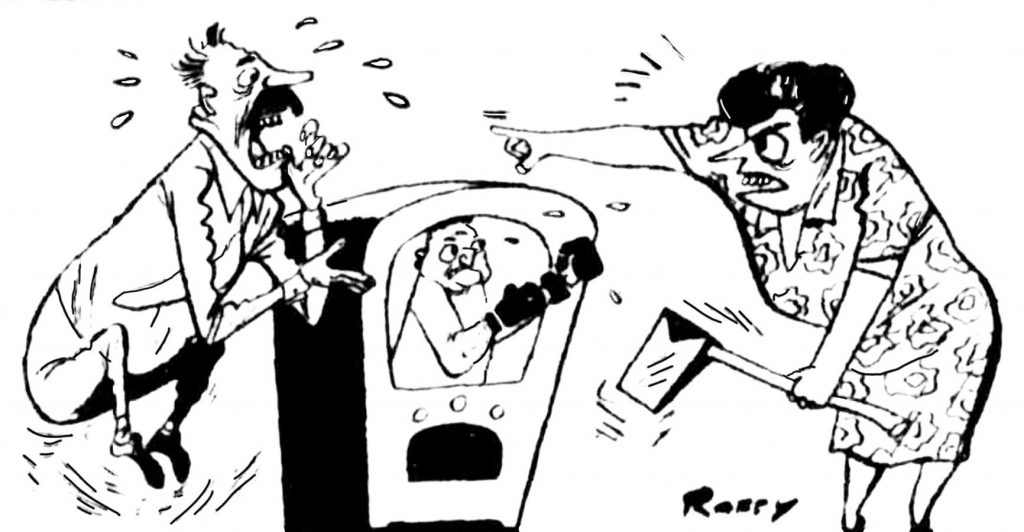 Robert Scott complained that his wife Jean was cruel to him in two incidents when they were watching television. Once, his wife turned off the set when he wanted to watch a boxing match. She threatened to put an axe through it if he turned it on again. 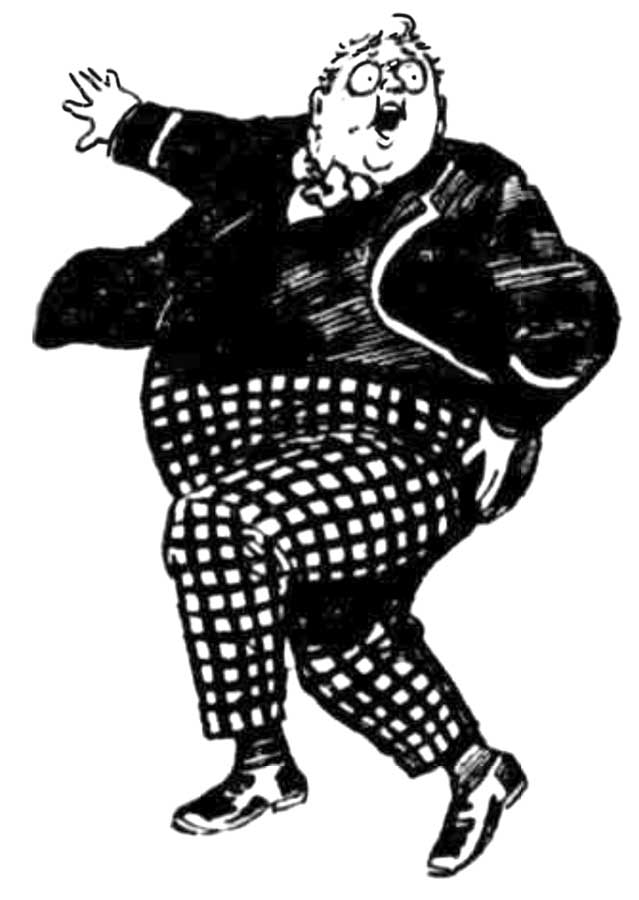 Another time he wanted to watch a Billy Bunter program.

Jean put a foot on the mantelpiece to hide the screen. When he asked her to move, she held up a newspaper and then her knitting. He asked her to change seats, and she hit him on the mouth. After that they parted. When he called to collect the set, she punched and kicked him and threw crockery. Scott got his divorce.