During my extended online trawls through old Australian newspapers, it became very noticeable that through the 19th century and up until about WW1, all of them used the “American” spelling of words like “honor”, “organize” etc. I couldn’t help but wonder when and why this practice changed.

A brochure, entitled ‘The So-called American Spelling: Its Consistency Examined,’ has been sent to us by the author, Mr E. J. Forbes. Mr Forbes knows his subject well, and the specimens of so-called American spelling which he introduces are apt and to the point. He also pretty clearly proves that in many cases the so-called American spelling is but a revival of the old English way of spelling. Mr Forbes, whom we have to thank for the introduction of the latest edition of Webster’s Dictionary to Australasia, has evidently, taken great pains to point out the presence of much consistency in American spelling, it being, in fact, at times more in accordance with the original English than our modern English way.

SOME INTERESTING EXAMPLES. VARIATIONS OF THE LANGUAGE QUAINT PHRASES AND TERMINOLOGY.

The ‘American language’ is quite an interesting thing, if only because the gentleman from the land of Uncle Sam is so sure that he is right and we are wrong. When we call one of those convenient articles which save you from having to tramp up the stairs at Challis House, or the Equitable Building, the ‘lift,’ the word grates on him. He knows it as an ‘elevator,’ and cannot see why we will not adopt the longer and far uglier word. He does not recognise a tram; those monstrosities are ‘street cars,’ and with all his vaunted love of economy he insists on sticking to the awkward name. He prefers ‘railroad’ to ‘railway,’ and for some obscure reason he never posts a letter; he ‘mails’ it. Among ourselves a ‘grafter’ is a man who does his best at a job; in the States it signifies anyone who misappropriates public funds, ‘graft’ being used as a general term to cover all sorts of corruption.

‘JOHNNIE, GET YOUR GUN’

The American never speaks of a revolver. To him that weapon is a ‘gun,’ whilst the firearm you use for birds is a ‘scatter gun.’ A sporting dog goes by the elegant name of a ‘smell-dog.’ ‘Shells’ are not the projectiles from artillery, but any sort of cartridges. All the swine in the States are ‘hogs.’ The tuberculous products from Chicago are not tinned, but ‘canned,’ and then ‘railroaded’ (or ‘shipped by rail’) in a ‘freight car’ to the port where they will be transported to England, where the Government disregard the claims of the Australian product, and is blind to the revelations of ‘The Jungle.’ When the American misbehaves himself he is arrested, not by a constable, but by a ‘patrol-man’ or a ‘marshal,’ according to where he is. His bushrangers are ‘road agents,’ so-called, possibly, in a spirit of satire, and they are hunted down with a sheriff’s posse. There are no privates in the American Army, only ‘enlisted men’, no servants in American houses, only ‘hired girls’ or ‘hired men.’ The motor car is an ‘automobile,’ pronounced so that you instinctively think of somebody’s much-advertised beans. Railway lines are laid, not on sleepers, but on ‘ties.’ A lady’s blouse is a ‘shirt-waist;’ a soldier’s tunic is a ‘blouse.’ Boots are all shoes, whilst shoes are ‘low shoes’ — an especially fatuous and irritating arrangement. A bank note is a ‘bill’, whilst a cheque masquerades under the wrong spelling as a ‘check.’ You use ‘mucilage’ on your postage stamps instead of gum, and it is a ‘letter carrier’ who delivers your correspondence if the ‘road agents’ have not got it en route, the latter, by the way, being pronounced ‘rout.’

A ‘barkeep’ or ‘bartender’ mixes our drinks for you; a ‘janitor’ opens the door of your hotel; a ‘stenographer’ takes down your letters and types them, and when you die your coffin is supplied from an ‘undertaker’s parlor.’ Yet the spokesmen for New York’s upper ten claim that the differences between the speech of educated people in the Old and New Worlds are so slight as to be almost, if not altogether, imperceptible! To proceed, the American invariably refers to timber as ‘lumber;’ biscuits are ‘crackers,’ rolls are ‘biscuits,’ confectionery is ‘candy’.

During the past 30 years— as far back, at any rate, as the Philadelphia Exhibition of 1876 — the English word ‘exhibition’ has been yielding place to ‘exposition.’ American railway terminology differs considerably from ours. For instance, the railway line is the ‘track,’ the engine-driver is the ‘engineer,’ stations are ‘depots’ (with the hybrid pronunciation ‘dee-po). ‘On time’ is used to signify punctual or (as with us) ‘up to time;’ and a railway time-table is a ‘schedule.’ Other Americanisms are: — ‘Back of’ for behind; ‘right away’ for immediately; and an expansion of the Scotticism ‘on the street’ into such applications as ‘he lives on Fifth Avenue.’ ‘he crossed ‘on’ the Makura,’ ‘he came ‘on’ the afternoon train.’ Instead of adopting the French ‘galoche’ or, as we have it, ‘golosh,’ the Americans call their overshoes ‘rubbers’ and ‘gums.’ The latter, however, is more local than the former, and the Philadelphia lady who ‘wiped her gums on the doormat’ before entering the house of her New York friends aroused as much merriment by that expression as she could have done in Sydney.

Mention may be made of such variations as ‘sidewalk’ for pavement ‘hackman’ for cabman, ‘bureau’ for a bedroom chest of drawers, and the use of ‘cream pitcher’ instead of ‘cream jug.’ In spite of all the foregoing, it would be a great mistake to assume that Americanisms are necessarily novelties, but many are Americanisms merely in the sense that they are English words which are nowadays peculiar to North America in their use or application. It is quite good English to call railway carriages ‘cars,’ and indeed we have borrowed back that very application in our dining sleeping and tramway car. Other expressions, such as ‘I reckon,’ ‘I guess,’ ‘I allow’ (in the sense of ‘I think or suppose’), or ‘to home’ (meaning ‘at home’) are all used, though to only a small extent, by British people. Certain old English words still survive in the United States, which seem to have vanished from our vocabulary. Conversely, some English words are obsolete in the States, e.g., sledge (supplanted by ‘sleigh’), fortnight, ironmonger, and luggage.

As regards the so-called American spelling of such words as favor, honor, plow, center, theater, miter, etc.; all these forms have been or are, in use among us. A large number of the divergencies between American-English and British-English are undoubtedly due to the fact that the two great English-speaking communities have lived separate lives for many generations. The factor will in course of time result in ‘Australianisms’ being evolved which to insular English ears will sound equally amusing or irritating as do present-day Americanisms. 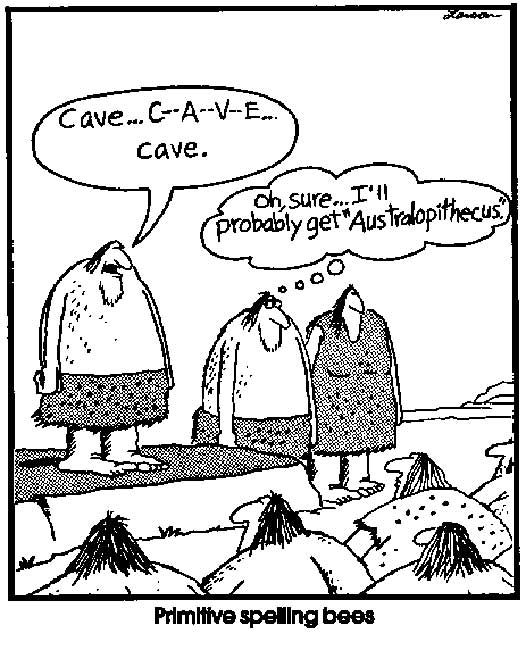 Is the American spelling of words ending in “our’ e.g., honour , more correct than the English spelling? It is claimed on behalf of the American forms such as ‘honor’ that they go back to the true form of the word in the original Latin. This is partially true, but it is pertinent to ask why this reversion is to be permitted only in the small class of words ending in ‘or’ and denied in others.

Moreover, in returning to the classic form, Americans ignore the interesting and important light which the English spelling casts upon the history of words. It was not in England, but in Normandy that the ‘u’ was inserted; and to throw it out is to create confusion between the two classes of English words of Latin derivations, which philologists have carefully distinguished — those brought in often in strangely altered guise, at the Norman conquest, and those taken straight from the Latin by classical scholars.

Australian spelling is closer to British than American spelling. As with British spelling, the u is retained in words such as colour, honour, labour and favour. While the Macquarie Dictionary lists the -our ending and follows it with the -or ending as an acceptable variant, the latter is rarely found in actual use today. Australian print media, including digital media, today strongly favour -our endings. A notable exception to this rule is the Australian 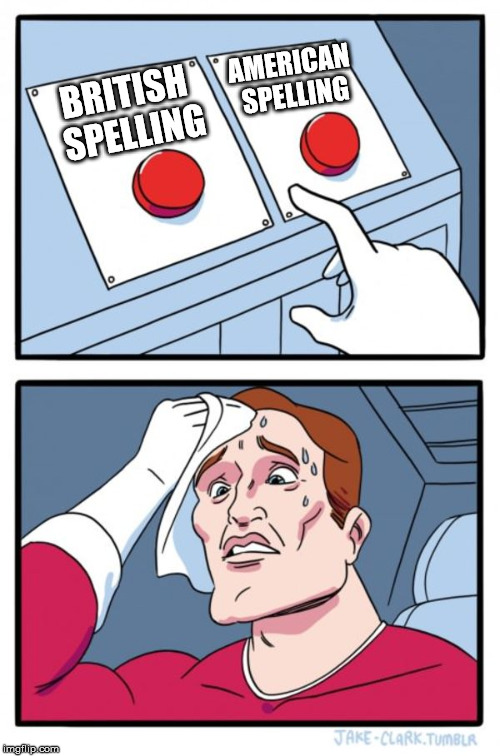 Different spellings have existed throughout Australia’s history. A pamphlet entitled The So-Called “American Spelling”, published in Sydney some time in the 19th century, argued that “there is no valid etymological reason for the preservation of the ‘u’ in such words as honor, labor, etc. The pamphlet also claimed that “the tendency of people in Australasia is to excise the ‘u’, and one of the Sydney morning papers habitually does this, while the other generally follows the older form.”

What are today regarded as American spellings were popular in Australia throughout the late 19th and early 20th centuries, with the Victorian Department of Education endorsing them into the 1970s and The Age newspaper until the 1990s. This influence can be seen in the spelling of the Australian Labor Party and also in some place names such as Victor Harbor. The Concise Oxford English Dictionary has been attributed with re-establishing the dominance of the British spellings in the 1920s and 1930s.