New York.  Right here in the middle of the television age, a parlor-game craze is sweeping America. All the wise men who predicted dire social results when television finally covered the nation thought such games were gone forever.

But now 10 million Americans have proved them wrong. In little more than six months that huge number of fans has been recruited for a new game called Scrabble. Stories about the craze are seeping out to the outside world and Scrabble’s inventor is expecting that some time soon his ‘brain child’ will cover the whole world in just the way that Monopoly, Mah Jong and Canasta did. Scrabble is a word game and its requirements are: skill in spelling, a handy dictionary, and some competitive spirit. Also necessary are a board marked with 326 squares, 100 small wooden counters bearing the letters of the alphabet, and two, three or four players.

Basically it is played like a crossword puzzle in reverse. Each player is given seven of the small wooden counters at the start of the game. Each counter is printed on one side with a letter and a number. The number refers to the letter’s frequency of use: each of the vowels counts only one point, but the letter ‘Z’ counts 10 points. For the first move a player spells out a word on the board. He scores according to the value of the letters he uses, and if he can place some of the letters on blue-painted ‘premium squares’ he earns double or triple the value of each letter. The next player builds another word on the original, but only in such a way that every combination of adjoining letters forms a word. It sounds simple — kid’s stuff, maybe. But as the board becomes well covered the addition of one more letter usually involves trying to form two almost im-possible words. Then the old crossword puzzle standbys like ‘gnu,’ ‘adze,’ ‘czar,’ ‘fez,’ ‘zebu,’ and ‘xyme” start filling up the remaining spaces. Scrabble has a high percentage of fans now in the universities of America. In New York it has been turned into a fierce gambling game. In Los Angeles Scrabble sessions have been enlivened since the locals changed the rules so that players must spell out only dirty words. At Harvard and Princeton they play it in French and Latin. Abroad, one of Scrabble’s eminent fans is reported to be India’s Prime Minister, Pandit Nehru.

Scrabble is a new enough game for the story of its invention still to be clear, and it provides interesting case histories of how people go about inventing games and of how the public, after ignoring the invention for years, suddenly goes crazy about it.

Its inventor is a New York architect named Alfred Butts. 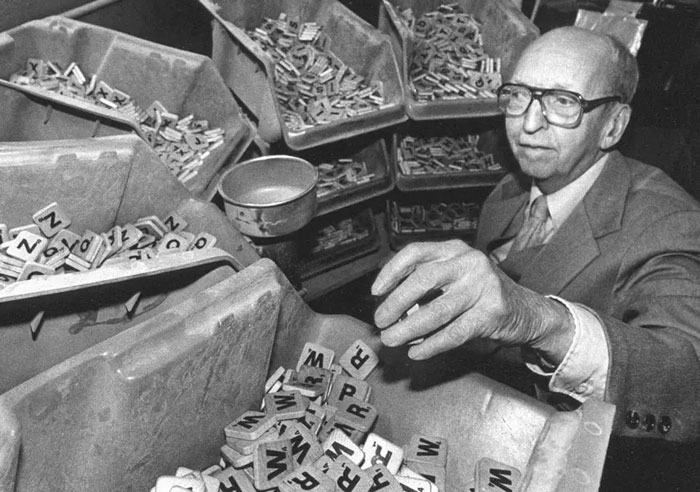 Back in 1931, Butts, who was then out of work, decided in a cold-blooded, deliberate fashion to invent a new parlor game. With scientific method he studied the types of games that were popular then and decided that a word game that involved a method of scoring was what was needed. In a year he had worked out a sort of skeleton Scrabble, but it was five years before he was able to develop it sufficiently to write a set of rules for it. Then he sent his idea to game manufacturing companies — and they promptly rejected it. Another five years passed and Butts, who had long since started work again, made a few Scrabble sets in his garage for his friends, and at the end of the war he agreed to let one friend, James Brunot make more in a small wood-working factory. Another hiatus followed, this one lasting almost 10 years, which brings us to the early months of 1953. Brunot was about to stop making Scrabble sets because he had managed to sell only a few hundred a year when suddenly the orders started pouring in. Now Brunot has turned over most of the work to mass – production game-manufacturing firms and the sales average about 150.000 a month.

How Do You Doodle?

ONCE upon a time it was yo-yos, mini golf, “Knock, knock . . .Who’s there?” or the Little Audrey tales (in both bar-room and drawing-room versions). The crazes come and go, leaving little sign of their having existed. Sometimes they come two at a time.  At the moment the American word-game, Scrabble, is about to descend on Sydney; and at the same time another fad “crazy doodling” is already at the doorstep. It has, in fact, been sweeping Victoria and South Australia.

If you see two people writing and sketching on a piece of paper, handing it to. each other and chuckling, there is no need to take offence, to think that they are perhaps drawing a caricature of your face. They are just indulging in a “crazy doodle.”

The whimsical, casual pastime rapidly caught on in Melbourne. Adelaide next fell into line. In both of the southern cities newspapers publish the latest crazy little pictures. When, after a month, a leading Melbourne paper stopped publishing them, there was such an immediate storm of protest from readers that the feature had to be reinstated. Now there are signs that the craze is catching on in Sydney.

How to do it? Simply doodle on a scrap of paper: the back of a tram ticket, if you like, and give it a title. Or vice versa. 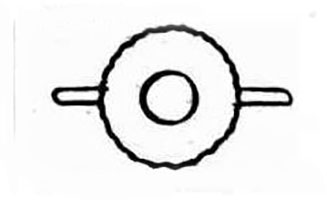 A Mexican riding a bicycle 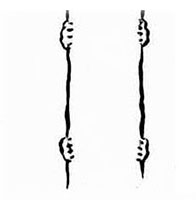 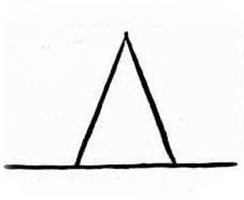 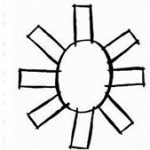 A pullover for an octopus 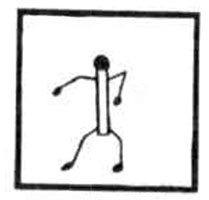 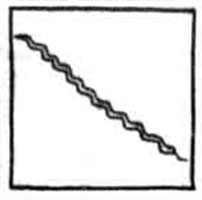 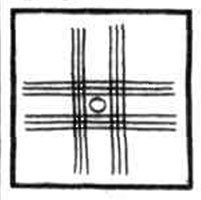 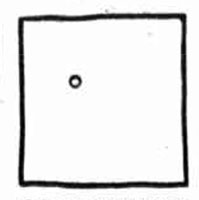 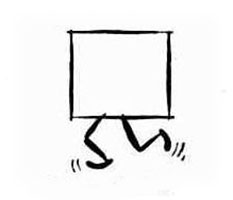 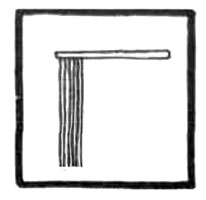 Toothbrush for a man with short arms